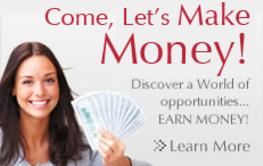 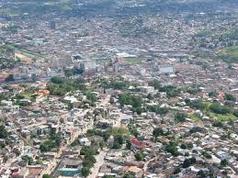 The Lenca, who number about 100,000, are one of largest and most organized of the indigenous ethnic groups in Honduras. Lenca live in the central department of La Paz, and the western departments of Lempira, Ocotepeque and Itibuca, as well as in some smaller communities in the northern part of the country.

There are about 612 Lenca communities, many in remote hard-to-reach mountainous areas that lack services such as running water, roads or transportation. Lenca men engage in agriculture including coffee cultivation.

The increasing resurgence of Lenca traditional arts such as weaving and pottery by Lenca women is helping to generate income as well as to preserve cultural traditions. Although Lenca have not retained their language, traditional Lenca social structures remain strong. Lenca traditionally expect all members of the community to participate in communal efforts.

The Miskitu are the most populous indigenous group in Honduras and make up approximately 50 per cent of the indigenous population in Honduras. Miskitu in Honduras primarily speak the Miskitu language and Spanish as well as some English, dating back to British colonial influence. Miskitu inhabit a huge area in the south-eastern section of Honduras located on the Caribbean coast from Rio Platono to Gracias a Dios. Miskitu traditional territory also extends into Nicaragua, but is divided by present-day national boundaries.

While other groups have integrated into urban centres, the Miskitu have largely remained in their traditional zones. Miskitu engage in agriculture and fishing. Miskitu men usually travel away from home for seasonal work. Miskitu men are also very involved in diving for lobsters and conch.

Poor equipment and exploitative labour conditions result in serious health problems that have affected a large percentage of the diving population. This is exacerbated by inadequate health care and educational facilities and the historical marginalization of Miskitu areas.

Miskitu are Protestants associated with the Moravian Church, which has a great influence in contemporary Miskitu life. The Contra war of the 1980s, which spilt over into Honduras through the flow of Miskitu refugees from Nicaragua, caused great disruption in Miskitu zones. The strong ties Honduran Miskitu maintain with their Nicaraguan counterparts has contributed to a resurgence and strengthening of Honduran Miskitu indigenous group advocacy.

One of the major issues facing Miskitu communities is the policy of the Honduran government that seeks to encourage people who are landless to migrate east into Gracias a Dios. This has generated conflicts between the incoming migrants and Miskitu swidden (shifting) agriculturalists who traditionally farm communally held indigenous lands.

The Tawahka are the smallest of the Honduran indigenous groups. The population totals about 1,000 people. Tawahka occupy an area of 233 hectares in the centre of the Mosquitia, rainforest. Presently the group is struggling to have this area declared an indigenous reservation, and to be considered as one of the main biological areas of Mesoamerica. Many Tawahka communities have abandoned their language in the face of pressures to assimilate.

Pech (Paya) were the original inhabitants of the Bay Island of Roatan but were removed to the mining areas of the mainland by the Spanish during the early colonial period. There are now about 2,000 Pech confined to a few small communities in Olancho, Colón and Gracias a Dios. They have resisted total assimilation and, under the national bilingual programme, have developed Pech-language courses and Pech teachers.

The Maya Chortis are descendants of the people who inhabited the capital of the ancient Maya empire of Copán in Honduras, who now live in the departments of Copán and Ocotepeque. Maya Chorti are said to number about 3,500 people; however, the Consejo Nacional Indígena Maya Chortí de Honduras (CONIMCHH) suggests, according to its membership, that the number is closer to 10,000. Chorti in Honduras have moved away from tradition due to mainstream influences.

Unlike the Maya in Guatemala, the Maya Chortis no longer wear traditional clothing and have taken on other aspects of mainstream culture. Over the past decade, Maya Chorti leaders have been advocating for a resurgence of traditional indigenous values. Since 2002 CONIMCHH has also been working to revive the language by offering Chorti language classes in several villages.

In conjunction with the larger and well organized Lenca to the south, Maya Chorti have demanded that the central government return nearly 35,000 acres to indigenous people as was promised in an eighteenth-century agreement with the Spanish colonial government. This has put Maya Chorti indigenous rights advocates at great risk and two leaders were assassinated in 1997. The Maya Chortis claim that both men were killed by order of local landowners.

The Honduran police have made arrests and laid criminal charges. Few believe, however, that justice has actually been served and it is claimed that those really responsible have still not been held accountable.

In 1997, in response to massive protests by indigenous groups - including a blockade of the Maya ruins of Copán - the Honduran government signed a legal agreement with Maya Chorti for the titling of 14,700 hectares of land but has since failed to deliver fully on that promise.

Since 1997 the Chortis have blockaded the entrance to the ruins numerous times. In 2000, after a four-day blockade, the Honduran army tear-gassed protestors from a low-flying helicopter, despite an agreement to end the occupation. The injured, including those who were imprisoned, were denied medical treatment until a human rights lawyer effected their release.

The Xicaques (Tolupanes) comprise 28 groups in six municipalities of the departments of Yoro and Francisco Morazán. The total population numbers around 10,000 people who are governed by assemblies of elders and shamans. Land is owned and shared communally. Although in some communities the Tol language is still spoken, most Xicaque now use Spanish.

Under laws approved in 1836, 21 of the 28 groups were given property titles, but some of these deeds have gone missing. As of 1992, 20 groups had acquired titles to their land and six had 'guarantees of ancestral possession'. However problems remain. Non-indigenous ranching and agricultural interests that monopolize or control land claimed by the Xicaques have continued to injure, threaten and harass rights advocates, including by assassinating their leaders.

Pacific coast and central populations suffered considerable population reduction and displacement due to Spanish gold and silver mining activities in Honduras. In addition, many thousands of enslaved indigenous captives from Honduras were transferred to toil in the Caribbean and in the mines of Peru.

In pre-colonial periods, Lenca controlled a large territory that extended from Guatemala to present-day El Salvador in the region of the Lempa river. During the Spanish invasion, the Lenca organized a decade-long war of resistance against the Spanish led by the warrior chief Lempira after whom the national currency of present day Honduras is named.

in Nicaragua, the Honduran Miskitu were recruited by the British as mercenary forces in their rivalry with the Spanish and became a powerful entity. Miskitu territory remained largely autonomous as a protectorate until the region was relinquished by the British in exchange for Belize.

Moravian missionaries promoted the formation of settled communities, and the decline of British and US economic enterprises on the Atlantic coast left Miskitu communities relying on agriculture, fishing and some cattle raising.

Although some Paya and Tawahka-Sumu were absorbed within the larger Miskitu group, the Tawahka, like the Mayagna Sumu in Nicaragua, had less contact with European trading activities and remained marginalized.


​In Honduras, as well as other Latin American countries, there was an historical tendency to represent indigenous peoples as a purely pre-Columbian and colonial phenomenon that essentially disappeared through absorption before the formation of the republic.

However, the rising consciousness of minority rights in the 1980s spearheaded by Garífuna organizations brought an upsurge of indigenous cultural struggles focused on the reclamation of traditional lands.

In the 1980s, both Miskitu and the few remaining Tawahka communities suffered disruption resulting from the Contra war through the flow of Miskitu refugees from Nicaragua, which increased the focus on indigenous issues in Honduras.

Indigenous demands gathered momentum in the mid-1990s with a large unprecedented July 1994 demonstration by Honduran indigenous activists. They camped outside the legislative assembly for five days with demands that included safeguarding of rights, environmental protection and the release of leaders jailed in land disputes. In response, the government set up an investigative commission.

In 1994, Honduras signed the Indigenous and Tribal Peoples Convention ILO 169, one of the few Latin American countries to have done so.

Struggles over traditional land rights by indigenous groups have continued. In the case of Xicaque organizations this resulted in the 1992 assassination of leader Vicente Matute. The ongoing conflicts over land have been further fuelled by 1998 constitutional amendments that favour landownership by large-scale investors and agro-industrialists.

In many cases Indigenous land titles are often poorly defined especially in documents that date back to the mid-19th century. Indigenous and non indigenous communities continue to criticize government's alleged complicity in the exploitation of timber and other natural resources on these lands.